Tai Chi Masters from China, to help in promoting exercise for healthy living.

China is sponsoring a team of top masters of Tai Chi, expert in Chen, Yang, and Wu style to enhance the promotion of Tai Chi in the UK.

The courses will be at the Wutan Martial Arts Centre, 119 St. Mary’s Road Southampton SO14 0BL

Reference :”You Club name” in the payment

If your club is interested in these course but unable to make the journey to Southampton you can hire one of these coaches to come and teach in your school for £600 per day, and any profit you make from them can be used to promote and invest in your own club. Please email: sthey888@aol.com or

Professor Wang, is one of China’s National Coaches, He is ranked

He has won over 60 gold medals in international competitions,

and his students have also won over 100 international competitions

He was a contributing composer of the international Tai Chi,

Master Liu Wei, is the Vice president of the

He is the Disciple of:

Under strict guidance from these three famous

and was the Chinese Tai Chi World championship 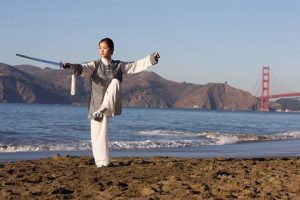